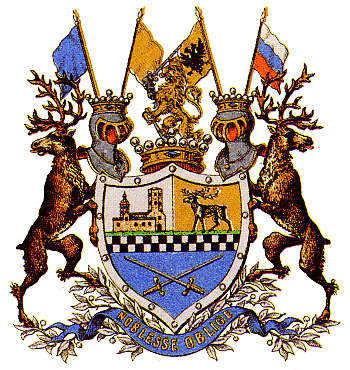 The son of Councilor and Solider Carl Vilhelm Afthan of Viipuri, and Katarina Nabel, Alexis attended primary school in Vyborg from 1828 to 1831. After graduation, he enrolled in the Finnish Cadet School, receiving the rank of Cornet in July 1835 and being posted to the St. Petersburg Uhlan Regiment.

In 1838 he was promoted to Lieutenant, after which he was posted to the Life Guards Uhlan Regiment in 1841. This was followed two years later in 1843 with a transfer to Life Guards Horse Grenadier Regiment. In 1844, he took part in operations against Imam Shamil in the Caucasus. Alfthan performed well in his duties, distinguishing himself during the storming of a fortress in Dagestan. As a result, he was made Staff Captain and transferred to the Zhytomyr Infantry Regiment later that year.

He wouldn’t remain with his new regiment for long, the next year he moved to St.Petersburg to become a teacher at His Imperial Majesty’s Page Corps. In 1846, Alfthan would be transferred to the Model Cavalry Regiment where he was promoted to Captain in 1847. The following year he married Viipuri native Sofie Emilia Thesleff and in 1854 they had their first child, Jenny. He spent many years within the regiment, performing various duties and enjoying life as a cavalry officer in the Russian capital.

He took his first command in 1858 with an appointment to the Yamburg Uhlan Regiment. He commanded the regiment for many years until he was promoted to Major General in 1866. Leaving behind his regiment, Major General Alfthan took command of the 6th Reserve Cavalry Brigade. This brigade was an essential part of the Imperial Army, being the nucleus of wartime mobilisation. It was during this time that his wife, Sofia, passed away. The ageing Alfthan took his role seriously, making sure his unit was ready to accept orders for mobilisation at any time. In recognition of his dedication, he was promoted to Lieutenant General in 1878.

At the age of 67, he retired to the reserves and moved to Annovka, Yekaterinoslav Governorate, where he acquired a modest estate. He passed away in 1885.

https://kansallisbiografia.fi/kenraalit/henkilo/8
Volkov S.V. Generals of the Russian Empire: Encyclopedic Dictionary of Generals and Admirals from Peter I to Nicholas II, in 2 volumes. Centerpolygraph: Moscow, 2009.
https://web.archive.org/web/20210502091459/http://regiment.ru/bio/A/447.htm