In the aftermath of the Winter War, several campaign crosses were commissioned for the various areas of operation of the conflict. These were issued alongside the Winter War Medal to help foster a spirit of comradeship as well as to recognise the individuals’ contribution at a certain battle.

Like with service medals as a whole, these were to recognise general military service in war, in contrast to meritorious decorations which were only issued on a small scale for acts of heroism and bravery.

The original distribution of the medals were by an appointed committee, often made up of officers who had taken part in that battle. This made distribution relatively easy as the officers knew the men or at least could question any claimants with personal knowledge. However, this process was disrupted at the outbreak of the Continuation War and the issuing of the medals was put on hold until after the Lapland War.

After the wars, the job of handling the issue of all Campaign Crosses was given over to the Sotainvalidien Veljesliitto (Finnish Veterans Society), which established a committee for the task. In order to qualify for the awarding of a Campaign Cross, a claimant had to provide their military passport/records. The committee would then consult at least two members of the claimant’s unit before awarding them the cross.

The regulations established for the crosses stated that only one Winter War Cross could be worn at one time but that a soldier who was eligible to more than one, e.g. had transferred to other areas of the front, were still allowed to claim them. A soldier who had committed some punishable act was ineligible for a campaign cross, unless who redeemed his character afterwards.

The crosses were manufactured by various companies throughout the years, some earlier makers are Veljekset Sundqvistin, Hopeateos Oy and Oy Kunniamerkkitehdas; some more recent makers (1970s to the 1990s) are AB Sporrong and Rahapaja Insignia Oy. The design of each cross was unique and often commissioned directly by the Division or Corps that operated in that campaign. Some of the designers were known artists such as Major Aarno Karimo and Mauno Siitonen, others were craftsmen like Oskar Pihl, some were soldiers who had taken part on that front like Major T. Knuutila, General K.M.Wallenius and Colonel L. Leander.

Some of the medals are two parts and as the manufacturing process evolved over time we see the earlier examples being riveted and stamped and later ones using adhesives. We also see differences in the enamel used, older versions are more clear and defined, while later versions are just enamel paint. With versions produced in the late 70s to the 90s, cheaper, lighter white metal is often used. It is due to these numerous variations that using weighing as a means of authentication is not reliable.

For ease of simplicity, the Crosses are listed alphabetically and all follow the same formula: Name in Finnish followed by the English translation, image, name of designer, material of the first versions, measurement, information on design and eligibility, additional information.

Cross pattée variant with a snowflake centrepiece imposed upon the crossed swords of Karelia. The reverse has ‘Keski/ Kannus’ embossed across the horizontal and 1939 1940 vertical. Issued to all troops of the 1st and 11th (later renamed the 2nd) Divisions, as well as any additional attached unit. Members of the 1st Division are entitled to wear an additional small silvered helmet device upon the ribbon.

A variant of cross pattée. The circular centerpiece displays the Karelian coat of arms and a ducal coronet. The bottom cross piece has 1940 embossed upon it, the two side pieces show cannon barrels. The top piece has the year 1939 and topped with a gold piece representing a castle with Koivisto. Between each of the cross arms are pieces with the names ‘Viipurinlahti, Saarenpää, Humaljoki and Tiurinsaari’. For those who served in the Koivisto sector, right flank of the Karelian Isthmus. Most of these would be members of the 4th Division and Coastal Artillery Regiment 2.

A wide cross pattée, an angled shield is imposed upon the cross. The shield displays the coat of arms for kollaa. In between each of the cross arms is fir leaves. On the reverse is the name ‘Kollaa’ with the dates 6.12.39 and 13.3.40 above and below, respectively.
Awarded to members of the 12th Division who fought the Kollaa front. The first seven crosses were made from silver. These were given, in order, Marshal Mannerheim, President Kallio, Colonel Svensson, Corporal Simo Häyhä, Lieutenant Aarne Juutilainen, Chaplain Antti Rantamaa and Reporter Erkki Palolampi.

The observe is divided into two parts, with the centre showing a coastal artillery piece. The outer part has the words ‘Laatokan Meripuolustuksen’, Ladoga Coastal Defence, two crossed barrels of the artillery service branch and RT 3. The reverse has the date 1939-40 stamped into it.
For service in the Lake Ladoga coastal defence front, mainly members of Coastal Artillery Regiment 3. The earlier productions are stamped with 1939 – 40 on the reverse.

A straight triangular armed cross pattée with a large circle centrepiece. The centrepiece shows a snowsuit clad Finn looking towards Korvatunturi. The reverse has the coat of arms of Lapland surrounded by the inscription ‘Lapin Rhymä 1939-1940’.
Originally just called Lapin risti, after the Continuation War, it was changed to the Talvisodan Lapin Risti to distinguish it from the Lapin risti awarded for serving in the 1941-1944 period. All units under the auspices of the Lapland Group were entitled to this medal.

A thin armed cross pattée with the coat of arms of Karelia in the centre. The reverse has 4D surrounded by two oak leaves in the centre, the two horizontal arms displays ‘Länsi’ and ‘Kannas’, while the vertical arms have ‘39’ and ‘40’ on them.
The cross was presented to soldiers of the 4th Division who partook in combat operations before the 7th February 1940.

A cross pattée with black enamelled arms and a circular white enamelled centrepiece. The centrepiece is divided into four by two crossed swords. The parts have the script ‘JR 31’, ‘JR 4’ ‘-39’ and ‘-40’ on them. The arms have the names of the sites of battles the unit patook in, ‘Muolaa’, ‘Oinala’, ‘Sikniemi’, ‘Koprala’, ‘Salo-Paakkola’, ‘Vuoks.rta’ and ‘Vitsaari’.
Originally produced as a screw back badge, these are extremely rare and all numbered. Some of these had dark blue enamel or were concave in shape. When produced as a ribbon medal, the design became standardised.
All members of Infantry Regiment 31, or Infantry Regiment 4 when it changed on the 1st January 1940, were eligible for this award.

A type of Maltese cross with a red enamel crossed within the arms. In the centre is a red enamelled diamond with a stylised P. The cross is bordered by two crossed short swords. The reverse often has ‘Pitkäranta 15.1 – 13.3.40’ stamped on it. Some of the first types have the centrepiece riveted through the back.
Given to those who served in the IV Corps at the Pitkäranta – Jänisjärvi – Syskyjärvi – Uomaa – Käsnäselkä – Laatokka line.

A variant of cross potent with a silver Greek cross overlayed unto it. In the centre is a stylised lions head with a ducal coronet atop of a castle symbol and the words ‘Summa’. The reverse has the dates ‘1939’ and ‘1940’ embossed on the vertical arms. The centre has a unique number designating its production. Less than 30,000 were produced, making it one of more common winter war campaign crosses.
All troops who served before the 14th February 1940 at Summa sector: Suokanna, Summankylä, Lähde and Merki were granted this cross.

A type of cross pattée with a sword through a wreath imposed in the centre. The reverse displays the text ‘Taipale’ running through the centre flanked by ‘1939’ and ‘1940’.
All members of the 10th, later renamed 7th, Division, as well as any other units that were assigned to the Taipale front are eligible for the Taipale Cross.
On each certificate of the Taipale Cross were the words;
”Kestäkää kohtalon iskuja niin kuin Taipale kesti.
Muista nähdessäsi tämän ristin – kaatuneitten toveriesi uhria”
“Endure the blows of destiny as Taipale endured.
Remember, looking upon this cross – the sacrifice of thy fallen comrades.”

A narrow cross pattée with an artistic representation of clasping hands in white and blue enamel. The hands are surrounded by fir leaves. The reverse has Tolvajärvi embossed through the centre with 1939 and 1940 appearing on the vertical arms.

Presented to members of Group Talvela that fought in Tolvajärvi−Ilomantsi area. Those who took part in the battle of Ilomantsi were entitled to affix a clasp with ‘Ilomantsi’ to the ribbon.

Due to the many factors surrounding campaign crosses, such as different manufacturing techniques, date of production, numbers, it is hard to give a definitive statement in regards to market value. Larger fronts or fronts that saw a higher rotation of troops, such as Taipale and Summa are more common and can be found even in flea markets throughout finland. Crosses associated with well known victories such as the Tolvajärvi and Kollaa Crosses have the value based upon that. Rarer crosses, such as the Muolaa Cross, can fetch up to 200-300 euros.

Many collectors of Finland’s medals will have at least one Winter War Campaign Cross in their collection, often as part of a job lot or bar from a relative or auction. Like with the Winter War medal, the main draw of the campaign crosses is what they represent. A David and Goliath battle between Finland and the USSR. 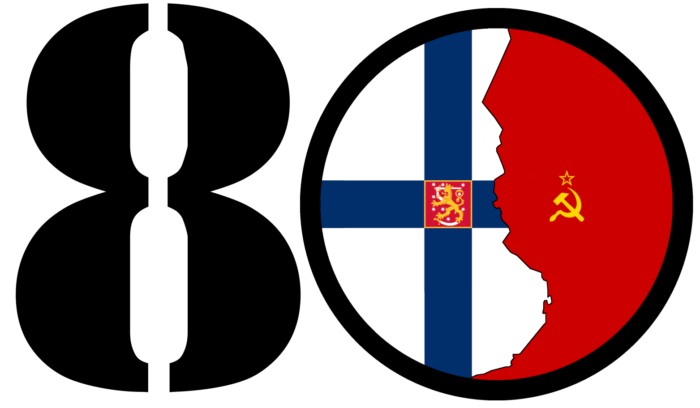